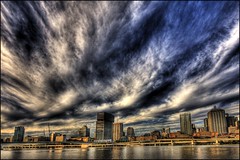 create your own visited states map
or check out these Google Hacks.;

I've been all over, but many of these states, I've only visited briefly. I don't think I've included any that I've only seen from the inside of an airport though. It'd be cool if there were a scale of familiarity though. From, "I could give you good directions for multiple cities to go to locations to which I've never actually been" to "Yeah, uh, I know there's a Walmart in the state someplace, but I just ran across the border so I could include it on this map." 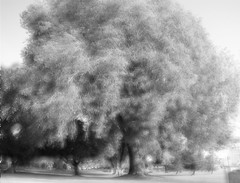 arbor de blur
Originally uploaded by emdot.
A beautiful photo mashup by EmDot. So surreal but real. You probably don't get me, but that's OK. *grin*

nobody, nothing (lomo version, requested by...)
Originally uploaded by *Ivan*.
Wow, the contrasts in this shot just blow me away.

Spread your wings and fly!
Originally uploaded by Pandarine.
WOW. A breath taking shot. One of those just perfect images, flying off into the sunset, what a way to start.

Maggie walks away with her balloon
Originally uploaded by Katie Bug.
Katie Bug has very funny kitties, and actually manages to catch them in the act. Maggie actually caries one around like a kid, though in her mouth, not in a little hand.
Katie's blog entry on the subject also describes her other cat, Budda, thinks of such things. (Oh what I would give to have a picture of his play.)

Furry Friday
Originally uploaded by Janebug.
I'm sure they're plotting something, just not so clear what it is. Maybe it's a hunting trip later, or maybe a jailbreak? Multiplicity
Originally uploaded by spyzter.
WOW, cuteness times 27. I didn't blog this at the time, I really needed to. Crazyness, outstanding crazyness. c'mon, let's go out and play
Originally uploaded by small fry.
Some cats just don't like flickr getting all the attention.
Collapse